Azerbaijan in the 2000s:  a stable middle-income oil-driven economy. The country flourished, after 15 years of increasing oil prices and high economic growth, benefiting from a a stable, pegged exchange rate. This also led to high levels of dollar lending. Despite wealth not being equally shared among the population, the economy was growing and continuously attracting foreign investments.

This situation lasted until 2014, when the global oil crisis turned into a national currency crisis. The sharp declines in global oil prices were disrupting all sectors of the local economy. Ultimately, this led to the release of the peg and a doubling of the exchange rate within 12 months. 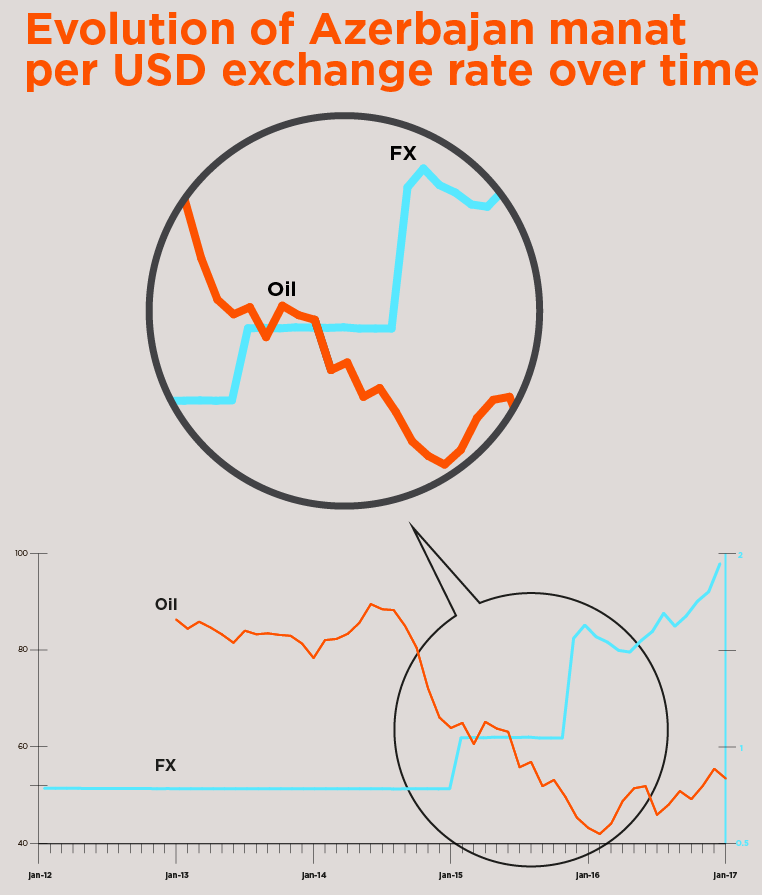 The devaluation of the manat and the general economy situation had a devastating impact on the financial sector:

Along the same lines, TCX shareholders and their clients who had previously made the strategic decision to lend/borrow in local currency were protected from the steep currency devaluations that occurred in 2015 and displayed a better resilience to the financial sector crisis.

In 10 years of activities in Azerbaijan, TCX has hedged over USD 360 million worth of development finance loans to MFIs and SME banks. By converting these loans into local currency, thousands of enterprises and households have been shielded from currency volatility, as TCX has absorbed all of of currency depreciation for these hedged loans. Please read more on Azerbaijan in our impact report.